Two of our Sommelier Team members, Taryn and Eric, were invited by winemaker Matthew Day to join the Klein Constantia Team for the 2018 harvest of Vin de Constance. They were obviously very excited and arrived in Cape Town in high spirits on Monday, 26 March 2018 and was welcomed with superb sunny weather.

Matt personally welcomed Taryn and Eric on their arrival and answered all questions regarding the challenges being faced with this vintage and what could be expected during the harvest.

Their journey started with a drive through the vineyards where Matt explained why certain vineyards have been uprooted due to not being suited to the specific terroir. “It was an absolute honour and privilege to be right at the top of the vineyards and overlooking the beauty of the Constantia Valley with Matt surprising us by opening a bottle of their very own MCC to enjoy”, said Eric in awe. It certainly provided our young sommeliers with a new perspective of the location and terroir of the Constantia region’s vineyards. In addition, they got to experience first-hand the unique climate that the Klein Constantia vineyards are exposed to. “We were able to feel the crisp, fresh breeze - as you know the higher you go the colder it becomes – that aids in the production of Klein Constantia’s dry and sweet wines”, says Taryn. 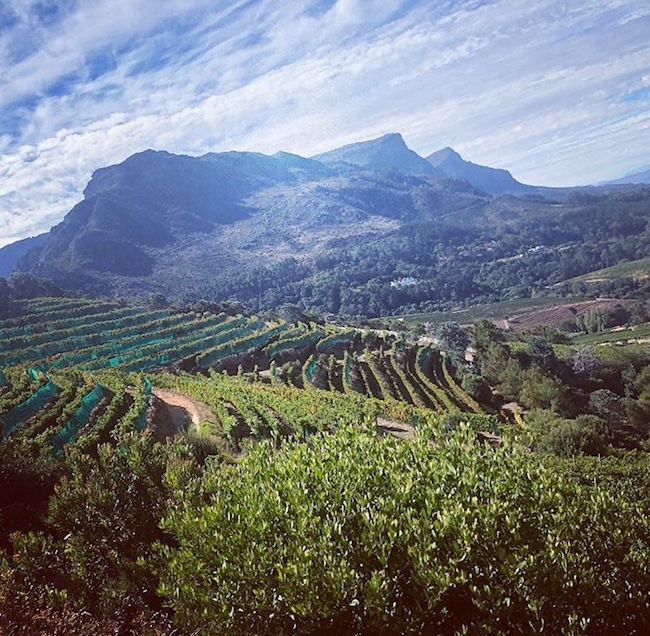 Matt also showed them the exciting new variety that his team has planted – a Hungarian variety named Harslevelü. They were invited to taste the healthy berries whilst roaming through the vineyards, experiencing Matt’s excitement with the concentration of flavour in his ‘new babies’.

“We wish there was a way to capture Matt’s facial expression whilst tasting from the bunches – he was like a little boy”, shares Eric.

Directly after the vineyard tour, the team headed back to the cellar, where they were welcomed by an array of glassware to taste all the wines in the Klein Constantia portfolio, including their sister company Anwilka, situated in Stellenbosch. The wines tasted provided an excellent overview of the differences between the vineyards and terroirs: 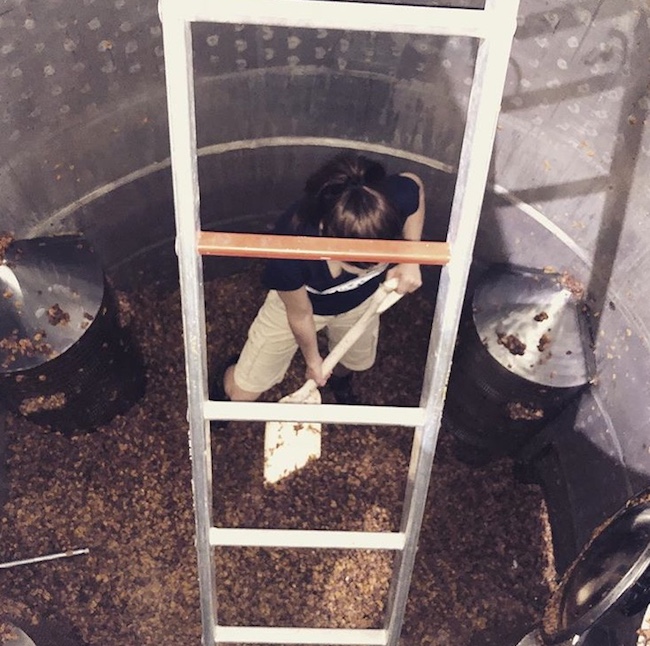 The next day our team started their first experience of a typical harvest day. It started in the cellar at 7 am, and Taryn was tasked with cleaning the tank that would take the first pressing. She literally grabbed the opportunity with both hands ... and feet ... getting messy in the process, but clearly had lots of fun. 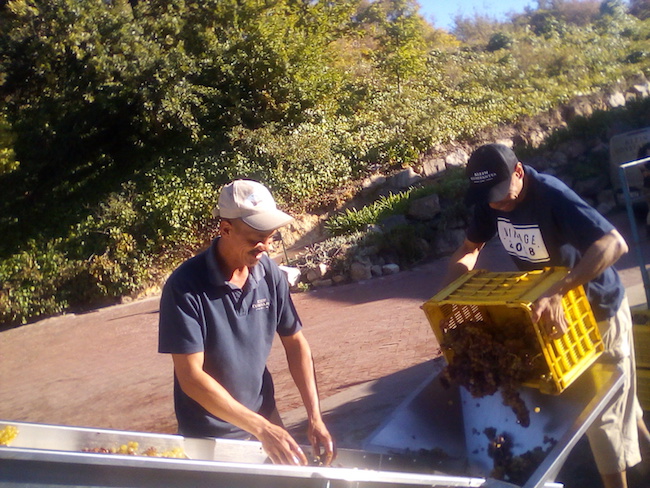 Eric meanwhile, joined the rest of the team in the vineyard to pick the grapes and despite lots of fun and laughter shared, the job was done just in time for the grapes to be delivered to the sorting table, where well-trained staff sorted only the best grapes by hand for inclusion in the Vin de Constance. 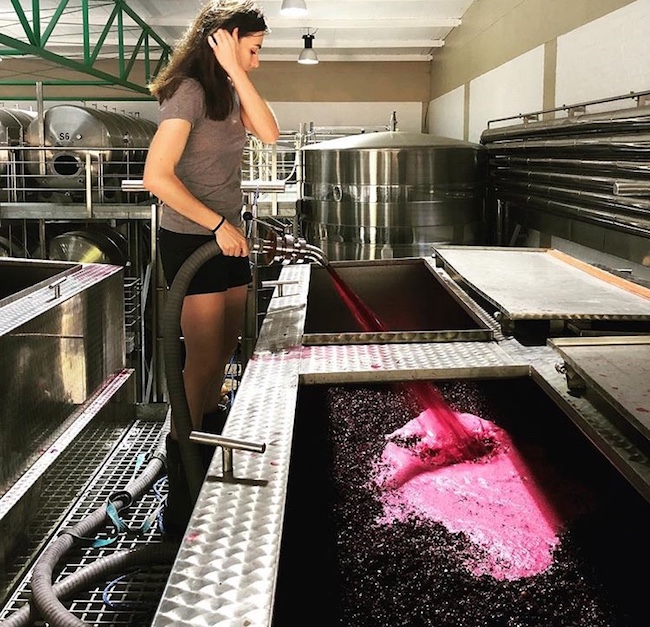 Our two excited sommeliers managed to do a few punch downs and pumping-over of the wines, whilst learning a little more about the winemaking processes, put in place by Matt to produce the award-winning Klein Constantia wines.

Unfortunately, on the following day, Matt advised that it was not the ideal circumstances for further picking, due to persistent rain and low temperatures. The team took this opportunity to visit other neighbouring estates - Constantia Glen and Eagle’s Nest, both estates featuring on our wine list.The last day Matt took them through the barrel cellar and did a tank and barrel tasting with the team – including a special Viognier that has yet to be released; Eric and Taryn being some of the first sommeliers to taste the wine! 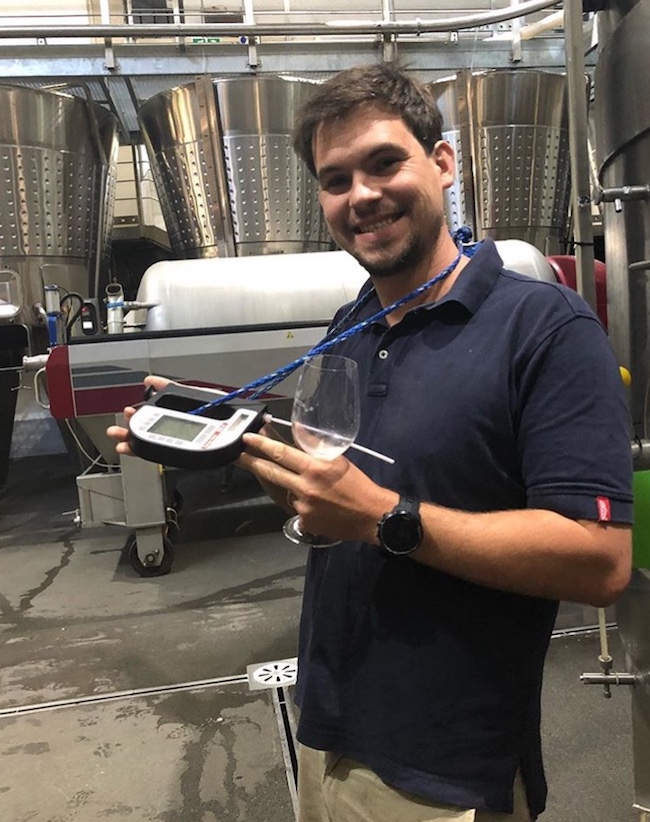 Both Taryn and Eric enjoyed their time with Matt and his team, having the opportunity to taste the wines the estate is famed for, learning more about the site-specific vineyards, their locality, the climate and exposure of the vines as well as the winemaking techniques that go into the making of these world-renowned wines. 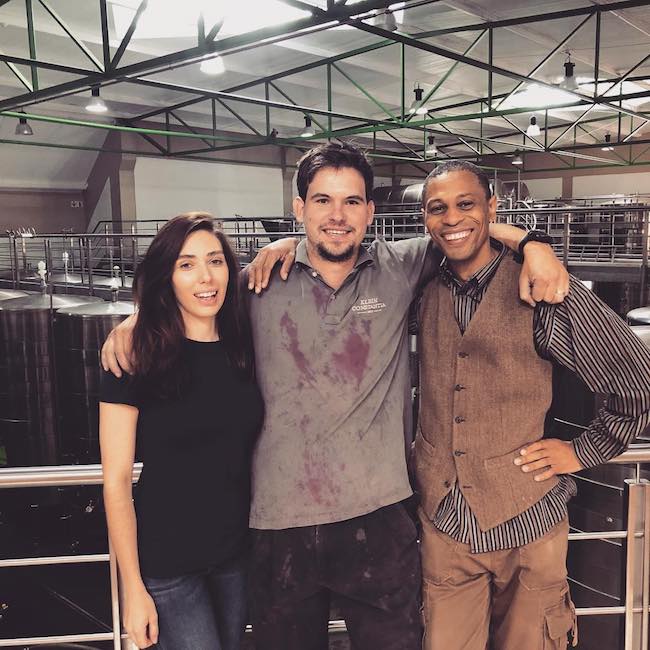 “It was a learning curve for us both and we believe that with this added knowledge and experience, we will be able to broaden our horizons to be able to better explain these hidden facts to our guests at Mosaic,” says our young sommeliers. “We are incredibly honoured to have had this amazing opportunity and look forward to sharing what we have learned. Thank you to Matt and his team for having us.”