A journey through “The Weird and Wonderful Wines of the World” at Mosaic!

The effects of the heat and drought caused by global warming has many of the South African winemakers rediscovering the niche cultivars of the world, with Cinsault Blanc, Roussanne, Sémillon Gris and many more making an appearance on the market.

Restaurant Mosaic has always been interested in these unusual and unique cultivars, some which have a history going back centuries and with all these new cultivars being introduced to the South African market, we took the opportunity to invite our guests to join us on a journey through “The Weird and Wonderful Wines of the World” and offer them the chance to challenge their palates with these niche wines! 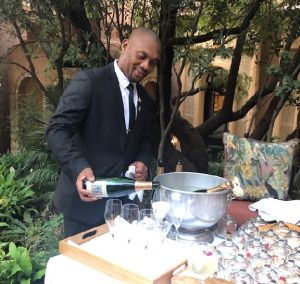 On Friday evening, 16 August 2019 we welcomed a “full house” with a glass of Domaine Albert Boxler Crémant d’Alsace Nv – a blend of Pinot Blanc, Pinot Auxerrois and Pinot Noir from Alsace, in the lush gardens of the Adriaan Boshoff Museum.  Everyone was impressed with the structure and complexity of this sparkling wine, showing intense aromas of apples, citrus and baked bread leading to a well-balanced palate with a lingering lemon/lime finish. 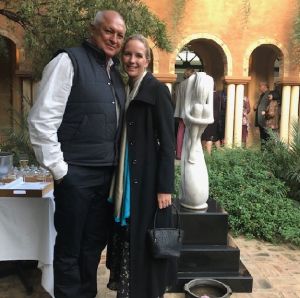 After taking a relaxing stroll through the Adriaan Boshoff Museum, our animated guests arrived at the tasting room – we could sense the anticipation and excitement in the air as everyone took their seat…

As always our esteemed cellar master welcomed the guests and gave a short introduction of the proceedings – guests were pleasantly surprised when it was revealed that Chef Chantel has prepared a special accompaniment to be enjoyed with the first three wines of the evening… an Albariño from Spain, the ancient Greco du Tufo from Italy and the famed Grand Vin from Chateau Musar in Lebanon! After explaining the origin of each cultivar and showing guests where each of these estates are located on the world map, Moses poured the first wine… The Martin Códax Albariño 2011 is from one of the oldest winemaking regions in Spain, going back to the Middle Ages – Galicia, right on the northern border of Portugal. The winery is located in the scenic Salnés Valley in Rias Baixas – a winery “made by people for the people”.  Albariño is the star of this region and the wine is elegant and persistent with an intense nose of fresh herbs, green apples and grapefruit. The palate is full-bodied with an impressive and vivacious sense of freshness – this is a serious wine for contemplation… Chef Chantel beautifully paired this with “Melon and Parma Ham” which perfectly complemented the subtle but lingering saltiness in the wine. We then moved on to one of the most ancient grapes found in the world – the Greco di Tofu are thought to predate the Romans, going back to the Pelasgian people from Thessaly in Greece.  It is found mostly on the volcanic hills of the Avellino province in the Campania region of Italy with only 8 villages legally able to lay claim to making wine from these grapes. The Mastroberardino Nova Serra Greco di Tufo 2011 is from one of the leading wineries in Italy, dating back to the 18th century and famed for its dedication in reviving the historic cultivars, thought by many to be extinct. With unique and prominent aromas of apricot, pear, peach with enticing mineral notes, the Nova Serra Greco di Tufo is noteworthy for its excellent acidity and full-bodied texture, leading to a pleasant finish with a lingering note of bitter almond.  This was paired with “Fava Beans and Pumpkin Seeds” which beautifully underlined the mineral complexity on the palate. The final white wine was a real blockbuster! Located in the picturesque Bekaa Valley of Lebanon, and inspired by Lebanon’s 6,000-year winemaking history, Chateau Musar was founded in 1930 by Serge Hochar who elevated this once humble wine estate to one of the most renowned in the world!  Known for its award-winning red wines, Chateau Musar makes a white blend from the only two indigenous white grapes in Lebanon, Obaideh and Merwah. The Grand Vin Blanc 2005 is a powerhouse with a rich, almost honeyed colour and an amazing bouquet, reminiscent of meringue or crème caramel overlaid with sweet spices.  The palate is simply marvelous with apple notes and honey – an array of rich flavours and textures that astounds with its boldness and complexity.  Thought once to be the ancestors of Chardonnay and Sémillon, these grapes are in a league of their own and the resulting wine is only released by the estate after 7 years in the bottle! This was expertly paired by Chef Chantel with “Ossau-Iraty Cheese with Parmesan Crumbs” – simply delicious! 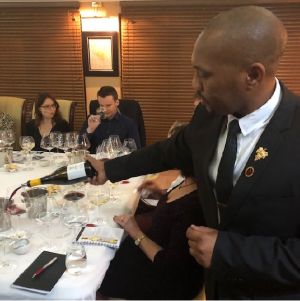 Cobus then introduced the three red wines from Portugal, France and Hungary – taking a step into the rich history of all but forgotten cultures and traditions… 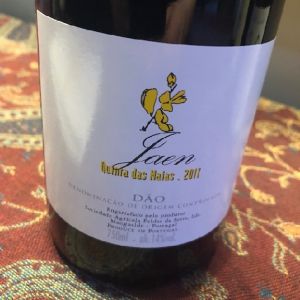 From Quinta das Maias, the sister winery of Quinta dos Roques, owned by the Lourenço family and situated in the Dão region in Portugal, the Jaen grape is a cultural treasure – and Luis Lourenço its gatekeeper. Grown only in this region of Portugal the Jaen is known in Spain as Mencía, but the characteristics of the grape from this region is completely unique, making it one of the rarest grapes in the world. The Quinta das Maias Jaen 2011 is spicy with notes of blackberries, prunes and cassis with prominent vanilla aromas – almost reminiscent to Cabernet Sauvignon but with smooth, silky tannins on the palate that is elegant and feminine, with a lingering hint of pomegranate on the finish. 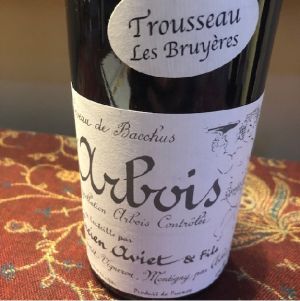 With the next red wine, we really challenged our guests’ palates with an unusual and truly unique taste from Arbois in the Jura region of France. Caveau de Bacchus is a father and son winery from Arbois cultivating traditional, artisan wines from only 6 ha – mainly known for their production of Vin Jaune, the traditional “yellow” wine from the Jura, made to pair with the famous aged Comté cheeses made in the same region. There are only two red grapes grown in this region and the Cuvée des Geologues 2014 we tasted was made from a 100% Trousseau – a well- structured wine with a hint of red cherries and cranberry on the nose and a detailed, pure palate with grainy tannins. A lighter red wine with low alcohol and a big personality, showing real finesse and poise – this was the ultimate challenge for our palates! We ended the tasting with a “wine from legends” – from the town of Noszvaj in the Eger region of Hungary, we were presented with the infamous “Bull’s Blood”!  According to legend, during the Turkish siege of the town of Eger in the 16th century, the Hungarian troop, facing starvation and surrender, feasted on local food and the dark red wine of Eger before storming the enemy. The Turkish army was stunned by the barbaric troops with who still had dark red wine dripping from their beards and it was rumored that the Hungarian troops had drank “bull’s blood” to give them strength – causing the enemy to hastily retreat and leading the Hungarian troops to victory! A blend based on one of Hungary’s most planted grapes, Kékfrankos, the Thummerer Vilmos Egri Bikavér Superior 2006 is one of the most famous wines in the world and one of the most outstanding in Hungary. With enticing scents of raspberry and spice, this medium-bodied wine has a perfect balance and distinctive personality – delicious and moreish… 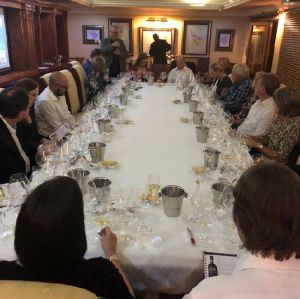 It was an evening of great exploration and discovery – where even the most knowledgeable of our wine connoisseurs were bowled over by some of the most unusual and unique wines found anywhere in the world… we applaud these winemakers in keeping the tradition and history of these rare cultivars alive, thereby providing us with a chance to educate our minds and palates…