Highlights from our Latest Selection

Discover a handful of wines from our Latest Selection, made for us by exceptional producers working across a diverse range of terroirs. From a crisp Sancerre to a rich, fruity Swartland Syrah, each bottle provides the perfect introduction to the producer behind it.

Palate: Elegant yet discreet with matching acidity, notes of almonds and walnuts, slight citrus, nice body and volume with a long finish.

Notes: A Tawny Port wine aged for at least 30 years in French oak barrels. Fermentation interrupted by the adding of brandy. Ageing in cask till bottling. 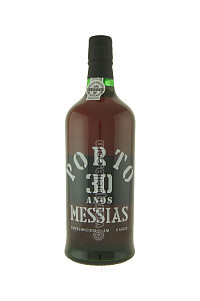 Palate: Vibrant acidity with very fresh intense notes of nuts and integrated wood - this is full bodied and captivating with a persistent, elegant finish.

Notes: Matured for more than 40 years in French oak barrels, the Messias's 40 year is the highest quality. 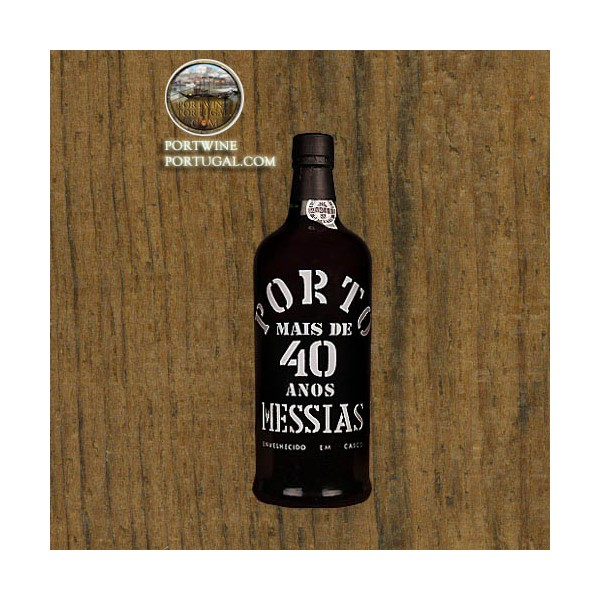 Nose: On the nose - intense aromas of blackberry fruit and hints of bitter dark chocolate.

Palate: On the palate - full bodied and medium sweet, with very fine pure berry fruit flavors leading to a long and complex finish.

Notes: Quinta Vintage Ports are made and bottled in the same way as ‘declared’ Vintage Ports, although normally they are ready to drink sooner than the latter: usually after 10 to 15 years. However, the best wines, such as those from Canais, have the potential to continue developing in bottle for decades more. There are just 350 cases of the Quinta dos Canais 2006 (made at Senhora da Rabeira) and unfortunately it will probably not be commercialized as they view it as an “experimental” port.

Nose: The 1977 Dow had a huge nose of sweet plum and raspberry with hints of flowers.

Palate: Ripe and opulent on the palate, it had a touch of caramel, along with licorice and molasses, all tempered by ripe berry fruit. The flavors lingered, leaving a sweet aftertaste.

Notes: This is an extraordinary House that seems to have been particularly successful with its vintage port since 1977. Dow's Vintage Ports are drawn from the companies' finest vineyards; Quinta do Bomfim and Quinta de Senhora da Ribeira. Each property contributes to the Dow’s unique and distinctive style. The wine is aged for two to two and a half years in wood before being bottled, unfiltered.

Palate: An open, sweet herbal style. Ripe and rounded with some spicy structure, and noticeably sweeter. This firmly-structured, classic, tightly-knit, restrained port exhibits brilliant purity as well as impressive intensity. While not the most dramatic or flamboyant, it is a beautiful, classically structured port that will age gracefully.

Notes: Few Port vintages have raised as many expectations as 2000 and when the buyers tasted the wines earlier in 2014 their high expectations were met. The poor berry set in June led to yields being slashed by as much as 35-40% in the delimited vineyard area for Port. The harvest took place in perfect conditions and produced a small, compact crop of grapes that were packed with rich fruit and tannins. 2000 was a really good vintage in the Douro, and looks likely to be the best vintage since the 1994 Port. Yields were lower than in 1997, and this has resulted in good concentration in many of the wines.

Nose: Both nose and palate have pronounced violet and bergamot notes, with savoury undertones of rosemary, pepper, eucalypt and fresh ground coffee.

Palate: In the mouth, it is both broader and drier than the Vesuvio with velvety baked black cherry, cherry stone and a firm underpinning of tapering tannins (iron fist, velvet glove indeed). Long, layered, meaty and dense.

Notes: Quinta da Senhora da Ribeira is set in the remote, hot and dry Douro Superior and commands a magnificent north bank position, overlooking a broad sweep of the Douro, directly opposite another Symington family-owned vineyard: Quinta do Vesuvio. A blend of 40% Touriga Franca, 35% Touriga Nacional, 15% Sousão and 10% old vines. Eight pipes were produced, which represented 5% of total production. Produced from grapes harvested manually, which throughout the vintage lingered less than 40 minutes to get from the vine to the winery, this wine is composed of only 5% of the total production of Quinta da Senhora da Ribeira, which represent the top quality. Result of the combined fermentation in wine press of Sousão grape varieties, Touriga Nacional and Touriga Franca, this is an extraordinary wine and stands out from other Vintage Ports produced earlier on Thursday, but continues to show fresh violet floral notes that so perfectly They express the essence of the terroir of this property. In the opinion of Manuel Rocha, one of the tasters 4th generation of evidence of Vila Nova de Gaia room, this is the best Single Quinta Vintage ever made in Senhora da Ribeira, even rivaling the Vintage 1998 Vintage inaugural produced after the Symington family has regained the fifth that year.

Nose: Lovely fragrance, pear and lemon zest with a briny/oyster shell-like accent; the fragrance suggests something sharp and tart.

Palate: Softer in the mouth with a creamy, polished texture, though at the same time it's very precise and focused with bright acidity beneath. 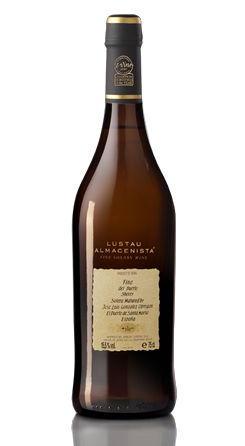 Palate: More salty notes on the palate, with some preserved fig-peel at the attack, moving on to nutmeg across the mid-palate and on to a smoky finish with more ham-like notes. Good intensity and length, with a nice creamy, oily texture and a pretty good sense of structure.

Notes: This dry sherry from Sanlúcar is matured in a small solera of 21 barrels. 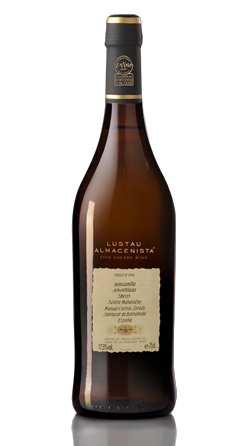 Nose: Aromas of orange peel with a fine nutty nose.

Palate: The palate is well balanced between acidity and fruit with roundness and richness. Finishes dry with very good length.

Notes: The house has 220 hectares of vines in the vineyards of Montegilillo and Benito. It also buys grapes from producer-winemakers. Fermentation in stainless steel tanks under controlled temperatures.

Palate: Soft and sweet on the palate, it is reminiscent of honey, citrus and spices. Very sweet and long on the palate, but with a balance of natural acidity.

Notes: The Moscatel grapes, cultivated in our vineyard Las Cruces are laid out in the sun until they become raisins. Fermentation is arrested early, in order to keep the natural sugar of the grapes. Nose: Redolent of ripe fruit on the nose with dried figs and roasted coffee beans.

Palate: Very sweet, velvety and soft in the mouth, with an extremely long aftertaste.

Notes: Made by Pedro Ximénez grapes, which are dried under the hot Spanish sun. Fermentation is stopped, in order to keep the natural sugar of the grapes. Afterwards this wine is fortified and then aged in the 'solera and criaderas' system. 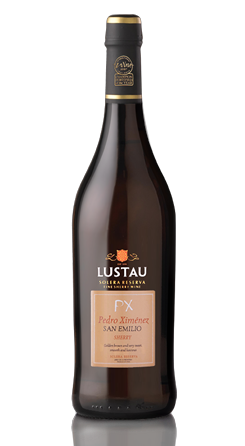 Nose: Nuts, apricots and almond extract on the nose. 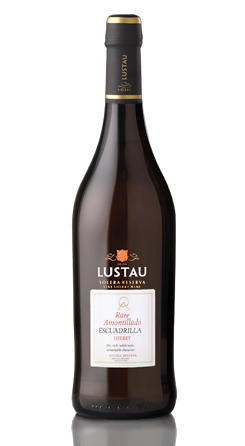 Notes: Aged in American oak casks in our bodegas in Jerez de la Frontera through the solera and criaderas method. 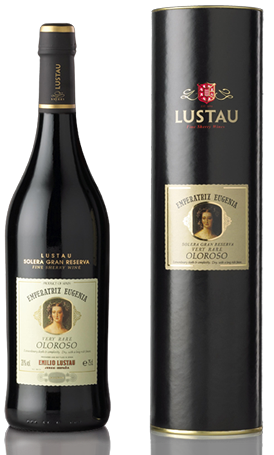 Palate: Savoury, almost saline, typical of the concentration found in the Amontillados of such long ageing.

Notes: Emilio Lustau, one of Spain's greatest Sherry bodegas, is named after Don Emilio Lustau Ortega, son-in-law of founder Don José Ruiz-Berdejo y Veyan. This Oloroso is the result of a selection of the best cask out of 10 which are aged in a Solera founded in the 1920s. The Council of the Denomination of Origin has endorsed this wine with the category VORS (Very Old Rare Sherry), more than 30 years of ageing. 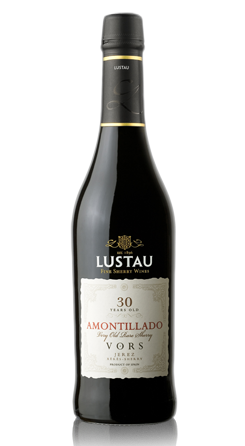 Palate: The palate has a slightly bitter touch, reminiscent of dark chocolate, with great length.

Notes: This Palo Cortado comes from a selection of the best casks in the very limited solera of Don Rafael. The Council of the Denomination of Origin has endorsed it with the category VORS, more than 30 years of ageing. 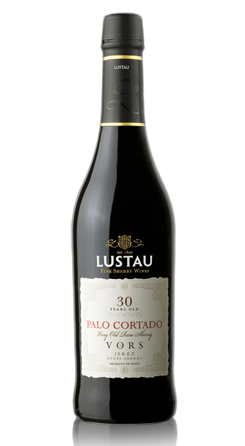 Notes: The Añada 1997 Rich Oloroso is produced with Palomino grapes from the Carrascal vineyard, aged for 13 years in American oak, and was bottled in 2010. It is a rarity, both because the grapes are from a single harvest, and second because it is off-dry. This rich Oloroso sherry is solera-aged for 14 years in American oak casks. Production of this wine is limited to 14,000 bottles and it's packed in an exclusive Lustau bottle. 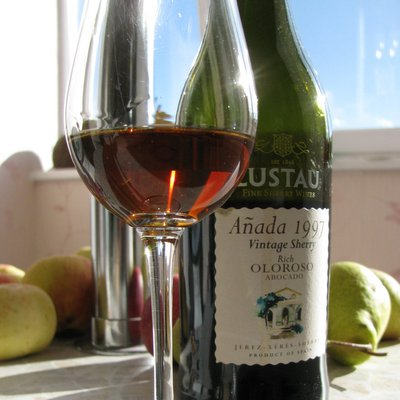 Nose: Lots of spice and dark fruits on the nose.

Palate: Sweet sherry with velvety tannins and a soft, well-balanced taste with a long finish.

Notes: Tintilla de Rota is the name of a red grape grown in the sandy soils around the town of Rota. While this grape can trace its origins to the 16th century, it largely disappeared in the 1950s when the vines were uprooted in favor of an American military base. The grapes are sunned for two-three weeks and then placed in tubs and covered with esparto mats to prevent contact with the air. These are then left for about a month and periodically stirred before being pressed. Fermentation begins before pressing takes place. The resulting grape must is fortified to 17% alcohol and then aged in casks. Lustau bought small quantities in the late 80s and early 90s, keeping some casks in their bodegas from which present stocks originate. As far as we know, no other bodega is marketing a similar wine. Palate: The bouquet followed through on the palate enhanced with notes of caramel, walnut, clove, dried orange and sandalwood flavors that all flow in unison through the focused finish.

Notes: Amontillado is an aged Fino that has lost its flor in the process of cask aging. This dry sherry from Sanlúcar is matured in a small solera of 21 barrels and was pampered and cared for by Manuel Cuevas and his son in the street Trabajadero in Sanlúcar de Barrameda. Nose: Shows the delightful finesse of the Amontillados on the nose.

Palate: On the palate it shows the body of the Olorosos with overtones of dark chocolate.

Notes: True Palo Cortado is produced unintentionally when a Fino or Amontillado sherry loses its protective veil of 'flor' in the barrel.

Nose: On the nose it shows an excellent bouquet with a characteristic nutty aroma and delicious mature fruit with hints of orange peel, exquisitely mellowed by careful ageing.

Palate: Rich, gently sweet and smooth on the palate, it is perfectly balanced, with a long and elegant finish.

Notes: Graham's was founded in 1820 in Portugal's Douro Valley, and sits among the country's elite Port houses. For their aged Tawny Port bottlings, Graham's sources grapes from the pure schist soils of vineyards in the hot, dry meso climate at the heart of the Douro Valley. The 20-year is a distinct step up from Graham's 10-year, with a signature nuttiness and powerful thrust of flavors highlighted by orange peel and spice. During their long maturing period in oak casks, Old Tawnies undergo subtle color changes. The deep red hue which characterizes Port’s purple infancy gradually gives way to a paler red. It then becomes amber - paler still - and eventually takes on a delicate brown, orange tinted color. 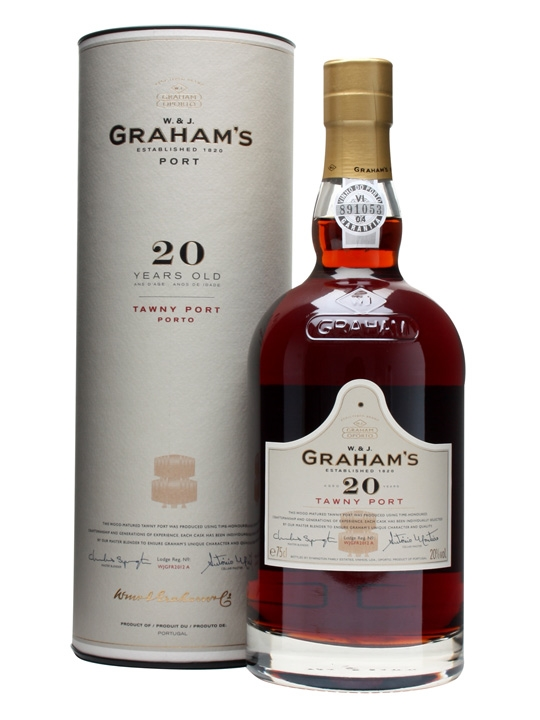 Free shipment of all orders more than 6 bottles in Gauteng. Shipment fee of R 130.00 for deliveries outside of Gauteng